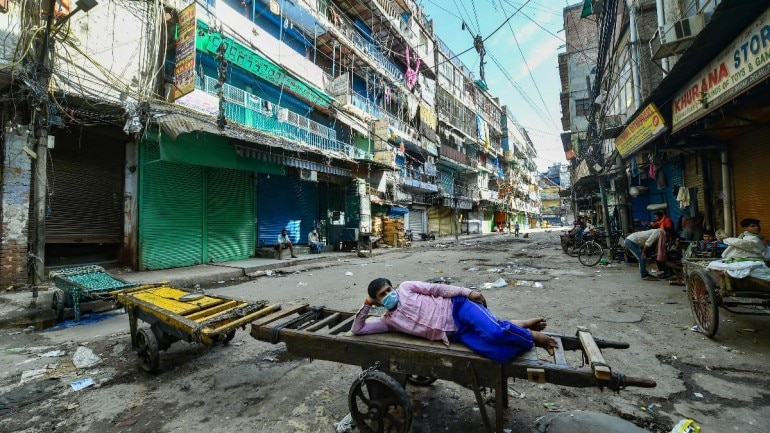 The chief minister suggested resumption of economic activities outside containment zones and starting tourist activities in green zones of the state in a limited manner. (Rep image: PTI)

Participating in Prime Minister Narendra Modi’s video conference with chief ministers to discuss the corona situation, Rawat advocated steps to revive the tourism and hospitality industry, saying it had been hit hard by the pandemic.

The chief minister suggested the resumption of economic activities outside containment zones and starting tourist activities in green zones of the state in a limited manner.

Rawat apprised the Prime Minister with the steps taken by the state government to contain the spread of Covid-19.

Nearly 500 doctors and as many paramedics were deployed to ramp up facilities to battle the pandemic, Rawat said at Modi’s video conferencing with chief ministers.

Corona testing facilities have also been increased in the state besides setting up ICUs in 11 out of 13 districts and installation of ventilators and ‘BiPAP’ machines, he said.

These efforts have helped the state government contain the number of Covid-19 positive cases to 68 so far out of which 46 have been discharged after recovery, Rawat said.

The rate of doubling of Covid-19 cases is 45 days while the recovery rate is 67.6 per cent, he said.

Over 45,000 migrants have so far been brought back to the state at the state government’s expenses. Migrants are also being brought in trains from Surat and Pune, the chief minister said.

Rs 2,000 have been credited into accounts of two lakh labourers and production work has been resumed with 45 per cent staff deployment in 3,500 industries, Rawat said.

The chief minister also thanked Prime Minister Modi for the timely imposition of the lockdown which had succeeded tremendously as a containment measure countrywide and the guidelines issued by the Centre from time to time for effective handling of the pandemic.

Not a single person has been allowed to go hungry during the lockdown with large-scale arrangements made by the state government and the social organisations, he said.

Labour laws have been amended and initiatives taken towards contract farming, Rawat said and also made a pitch for the creation of a single-window system for farmers on the lines of the one for the industries.


Kerala Chief Minister Pinarayi Vijayan on Monday suggested to Prime Minister Narendra Modi that states should have the “flexibility” in changing lockdown guidelines and allowing public and Metro rail services by following social distancing norms, except in red zones.

Vijayan, who spoke during the video conference held by Modi with state Chief Ministers, also suggested that antibody test be conducted on expatriates before they arrive here from various countries.

“Kerala has a substantial population of Non Residents staying abroad. Some of them are coming back in special flights and many more are likely to come back. Whenever special flights transport them, they should be subjected to antibody test prior to boarding”, he said, adding there was a possibility of many travellers getting infected if this was not done.

“We are already facing a situation wherein five positive cases were reported from passengers who came to the state in chartered flights last week”, he said.

As states were facing challenges of Covid-19 in different degrees, each one should have the “flexibility” in making reasonable changes in lockdown related guidelines within their respective jurisdiction, he said.

After assessing the situation prevailing in a state, the respective states should have the flexibility to allow public transport, subject to social distancing norms and restrictions within districts, he said.

The Chief Minister suggested that Metro rail transport be allowed in cities other than in Red zones, subject to similar restrictions.

Three-wheeler transport can also be allowed subject to capacity restrictions after considering the situation in a district by the state governments, he said.

Vijayan also wanted states to be allowed to operate Industrial and Trade establishments, taking into consideration the ground situation, but with restrictions like social distancing in areas, except containment zones.

Pointing out that the state has already demanded a special train from Delhi to Kerala, mainly for students, he said tickets for these trains should be issued according to the registrations made with the state government.

This is because the state had given priority to students, those with medical emergencies, aged people and likewise. However, railways have started online bookings regardless of the state’s registration, he said, adding this would only help undermine Kerala’s efforts to curb the spread of Covid-19.

Kerala also wanted non-stop trains from Mumbai, Ahmedabad, Kolkatta, Chennai, Hyderabad and Bengaluru to bring back its people stranded due to the lockdown.

The Chief Minister said those arriving in Kerala from other states or abroad are effectively monitored in home quarantine by government departments and Local Self Government institutions, he said.


Economic activities in India are set to “gather steam”, Prime Minister Narendra Modi told chief ministers on Monday, while asserting that the country will have to devise a “balanced strategy” to revive the economy and deal with Covid-19 with a sharp focus on ensuring that rural areas remain free from the pandemic.

The thrust of the video conference with all state chief ministers was to chalk out a comprehensive roadmap, with a focus on strengthening the Covid-19 containment strategy and stepping up of economic activities in a calibrated manner as the 54-day nationwide lockdown nears an end. India is under a lockdown since March 25 which is scheduled to end on May 17.

During the meeting, which lasted for nearly six hours, Modi and the chief ministers held extensive discussions on various aspects of the situation arising out of the pandemic and the nationwide lockdown, with the prime minister telling them that the future path for the country will be determined on the basis of the suggestions by the states.

According to official sources, Modi told the chief ministers that the biggest challenge for the country will be to ensure that the infection does not spread to rural India following relaxation in lockdown norms which included allowing movement of migrant workers.

At the same time, he emphasised that India will have to devise and implement a “balanced strategy” to deal with the pandemic and step up the economic activities in a gradual manner.

Noting that slowly but surely, economic activities have started in several parts of the country, the prime minister said in the coming days, the process will gather steam.

The interaction comes in the midst of growing demands by states, industries, workers and several political leaders to withdraw the lockdown from non-Covid-19 areas as it has adversely impacted the economy and livelihoods of a large section of people.

According to a Delhi government official, during the interaction, chief minister Arvind Kejriwal said barring containment zones, economic activities should be allowed to resume in the national capital.

“During the interaction, the chief minister said economic activities should be allowed to resume in Delhi, except in Covid-19 containment zones,” a source told PTI.

Punjab Chief Minister Amarinder Singh pitched for the extension of the coronavirus lockdown, but demanded a carefully crafted exit strategy, including fiscal support to states.

In view of the increasing number of coronavirus cases, continuation of the lockdown was needed, Singh said, adding the decision on designating red, orange/yellow and green zones should be left to the states, which are more cognizant of the ground realities.

The exit strategy should consider and focus on fiscal and economic empowerment of the states, the Punjab chief minister said.

In the conference, Tamil Nadu Chief Minister K Palaniswami came out against the resumption of flight and passenger train services till May 31, citing increase in the number of coronavirus cases.

Maharashtra Chief Minister Uddhav Thackeray urged Modi to show “specific and concrete direction” on the lockdown, a state government official said. During the interaction, Modi also appreciated the role played by the states in the fight against the pandemic, and said the entire world is of the view that India has been able to successfully protect itself from the pandemic, according to official sources.

The “problems” have increased wherever the social distancing norms were not followed or there has been laxity in implementation of the lockdown guidelines, Modi told the chief ministers.

Reacting to the Centre’s decision to resume a limited number of passenger services from Tuesday after an almost a 50-day hiatus, West Bengal chief minister Mamata Banerjee said on one hand, it wants strict enforcement of the lockdown, on the other, it is resuming train services.

According to officials, Modi said it was essential to make best efforts to ensure that people stay where they were during the lockdown, however, in times like these people wish to go home and therefore, a change in decision had to be made.

Going forward, the prime minister said, the road ahead should focus on reducing the spread of the infection and ensuring that all precautions are taken by people including social distancing norms by following the mantra of “do gaz doori (six feet apart)’.

He said the Centre now has a reasonably clear indication about the geographical spread of the pandemic including the worst affected areas which is helpful in containing the pandemic.

The last interaction the prime minister had with the chief ministers was on April 27. And days after the meeting, the central government had extended the lockdown by two more weeks till May 17 to arrest the spread of the virus, but gave several relaxations in economic activities and movement of people.

According to the Union health ministry on Monday, India registered a record jump of 4,213 Covid-19 cases in a single day, taking the total number of Covid-19 cases to 67,152 with a death toll of 2,206.

Suspected of stealing goats, man lynched and another injured in Jharkhand

Two persons have been arrested in connection with the incident which took place at Jhilimili village in Dumka district. A man was lynched and another was seriously injured on Monday after villagers thrashed them for allegedly stealing goats in Dumka district, a police officer said here.

Two persons have been arrested in connection with the incident which took place at Jhilimili village, Superintendent of Police Ambar Lakra said.

Initial investigations revealed that the villagers thrashed the two persons with sticks after they were informed by neighbours that the men were stealing goats, the SP said.

Of the two, one person died on way to hospital while another was admitted to a facility in Dumka in a serious condition, DSP Pujya Prakash said.

“The process of identifying the accused and the victims is on,” the SP said.