Hot and Cold war? Pakistan tries to hit back at India by releasing J&K weather updates

The state-run Pakistan Television gives coverage to news from Kashmir and runs special bulletin on the Valley. State-run Radio Pakistan on Sunday reported that in most parts of Jammu and Kashmir “partly cloudy weather is expected with chances of rain.”

It reported the maximum and minimum temperatures of Srinagar, Pulwama, Jammu and Ladakh.

Radio Pakistan has special Kashmir coverage and a part of its webpage is dedicated to news from Jammu and Kashmir.

In most parts of Indian occupied Jammu and Kashmir, partly cloudy #weather is expected with chances of rain https://t.co/zBtTQqaR6G #OccupiedKashmir

The state-run Pakistan Television also gives coverage to news from Kashmir and runs special bulletin on the Valley.

The coverage is expected to increase after the Indian media started showing weather of Pakistan-occupied Kashmir.

Pakistan on Friday rejected India’s move to begin broadcasting weather reports on Mirpur, Muzaffarabad and Gilgit in Pakistan-occupied Kashmir (PoK), terming it as a “legally void” action to change the status of the region.

Pakistan Foreign Office said in a statement that like the so-called “political maps” issued last year by India, this move is also legally void, contrary to reality, and in violation of the relevant United Nations Security Council resolutions.

Fact Check: The corpse wears Prada? No, this is a spoof

Many have taken to social media claiming that “Prada” is now making bags for corpses. India Today Anti Fake News War Room (AFWA) has found that the viral video is actually a spoof. 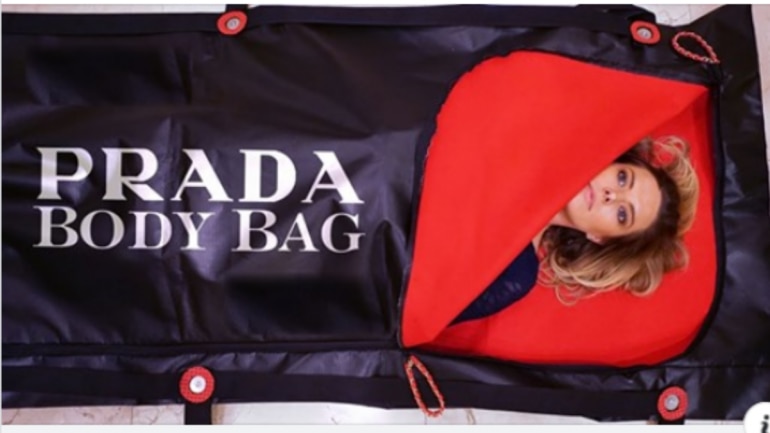 The song whose video is going viral now

At a time fear and uncertainly due to coronavirus is palpable in the air, an “advertisement” of a body bag has gone viral on social media. The purported ad showcases a body bag manufactured by the Italian luxury fashion brand “Prada”.

The 1.25-minute film shows a woman’s body being carried away in a body bag with a “Prada” logo on it. The woman had died after accidentally falling off a staircase. The tagline of the video says, “Prada Body Bag It’s the last bag you’ll ever need”.

While some have found the ad cringe-worthy in the backdrop of the Covid-19 pandemic, others are just amused. Many have taken to social media claiming that “Prada” is now making bags for corpses.

India Today Anti Fake News War Room (AFWA) has found that the viral video is actually a spoof. The video was made four years back by a group of American comedians calling themselves “The Kloons”. Neither has “Prada” made the ad, nor is it manufacturing body bags. We scanned through the YouTube channel of “The Kloons” and found that they had written about the idea and mentioned the list of people behind making this spoof video.

The caption of the video, posted on April 20, 2016, says, “Prada Body Bag It’s the last bag you’ll ever need. What will the coroner carry YOU away in when you die? And who cares cause you’ll be DEAD. Big thanks to everyone who helped us make this thing happen, we’ve been planning this one for a long time.”

The spoof video is their tongue-in-cheek reply to people’s obsession with brands. Fashion magazine “Cosmopolitan” reported in 2016 on the spoof with a headline “Prada released a bag for corpses?”

This four-year-old spoof video on Italian mega fashion brand “Prada” has resurfaced after Italy reported one of the highest numbers of cases and deaths for Covid-19. Till May 10 evening. Italy reported almost 2.2 lakh cases of coronavirus infections and over 30,500 deaths. ClaimItalian luxury fashion brand Prada is making bags for corpses.ConclusionThe viral video is a spoof. It was created by a group of American comedians called “The Kloons” in 2016. Prada is not making any body bag.

The number of crows determines the intensity of the lie.

Chittoor: Migrant labourers block highway, demand to be sent back to home states

The migrant labourers claimed they are not being provided with food and facilities. 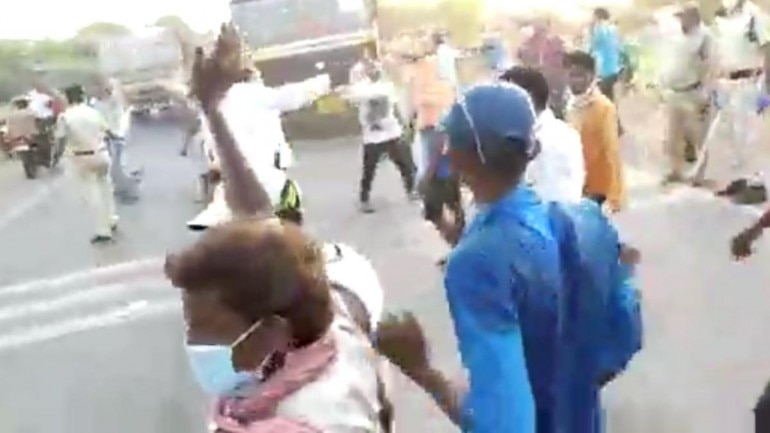 Around 1,500 migrant labourers on Sunday blocked the highway connecting Chennai and Srikalahasti in Chittoor district of Andhra Pradesh, demanding to be sent back to their home states.

The migrant labourers, who are stranded in the state due to lockdown, claimed companies which are closed are not providing them with food and facilities.

Agitated labourers said the local administrator is not providing them any help as well.

Many migrant workers also had to be removed from railway tracks after they were found walking on them to Gudur Junction. They were hoping for some special train heading to Uttar Pradesh or Bihar from Tamil Nadu, Karnataka or Kerala. 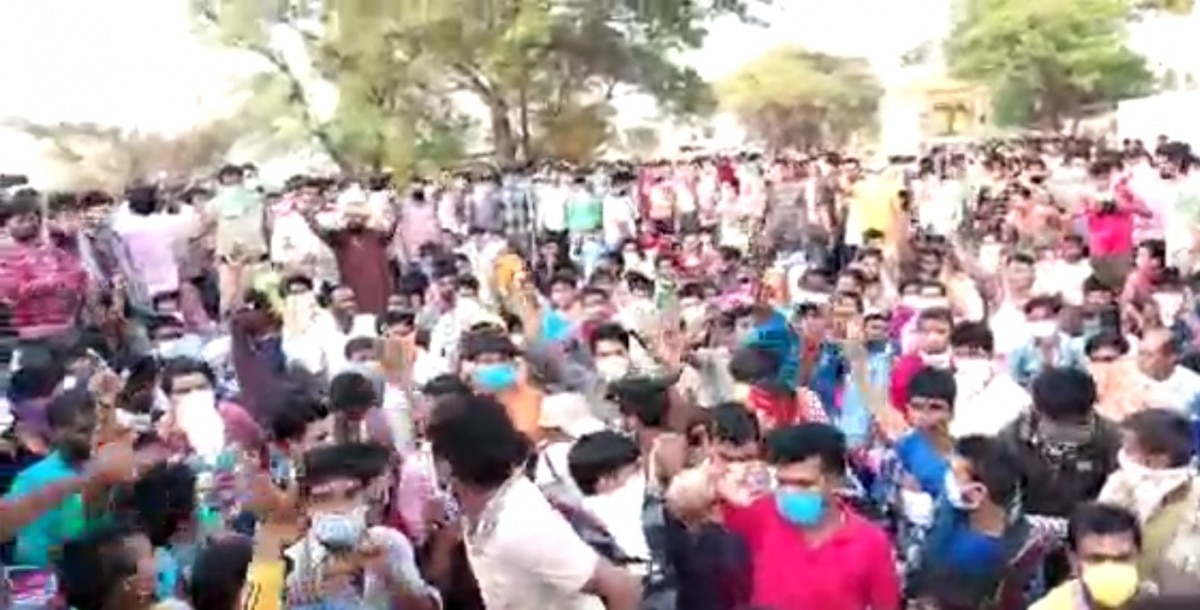 Meanwhile, the new Covid-19 cases in Chittoor have been linked to Koyambedu market of Chennai.

On Saturday and Sunday, Chittoor recorded 11 and 16 cases respectively taking the total cases in the district to 112.

According to the district collector Narayan Bharat Gupta, who held a high-level meeting on Sunday, all those with a travel history to Tamil Nadu, particularly the truckers and farmers who have been to the mega-market of Chennai will be tested extensively.

The administration has put special focus at inter-state borders, places such as Gandrajupalle, NR Peta and Cheekalabailu.

While the testing has been increased in all mandals of the district, so far out of 250 people with Koyambedu links, 27 have tested positive for Covid-19.

Using a fake account, the girl sent a message on Snapchat about sexually assaulting herself to the recipient. In a massive twist to the “Bois Locker Room” controversy, a preliminary investigation into the matter by the Delhi Police Cyber Cell has revealed that one of the screenshots of the alleged group chat that had gone viral on social media platforms was actually not part of the group chat at all.

Officers with the Delhi Police Cyber Cell have now revealed that a Snapchat chat between two boys where they are seen talking about “gang-raping” a minor girl, was actually a conversation between a fake account and just one other participant. This fake account in question was made by a minor girl who wanted to find out more about the boy’s character.

A screenshot of this chat between what seems to be two boys was widely circulated on social media platforms shortly after conversations on a private group chat between minor boys stirred a massive controversy. Now, the Delhi Police Cyber Cell reveals that this particular chat where two boys can be seen talking about “gang-raping” a girl dates back to a one-on-one conversation in March of this year between a minor boy and a minor girl who was operating the fake account.

As of May 10, one minor boy and a college student (older than 18) have been arrested in connection with the case. More than twenty-four students connected with the case have been interviewed/examined. Devices of the concerned persons have been seized and sent for forensic analysis.